Universal Jurisdiction by an ad hoc Mixed Tribunal in Senegal 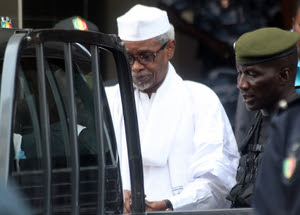 The Trial of CHAD Dictator, Habré, is scheduled to begin July 20th, in Senegal and will take place at  the Extraordinary African Chambers  set in the courts of Senegal under the auspices of the AFrican Union. Habré has been charged with crimes against humanity, torture, and war crimes.


Habre ruled the country between 1982 and 1990 and the Extraordinary African Chambers have been mandated to prosecute those persons most responsible for international crimes perpetrated in Chad during that period. The President of the Chambers is a judge from Burkina Faso who will be accompanied by other judges from Senegal.

You can find additional information on this case at the website of Human Rights Watch, following this link. For more information in Spanish see this note on ElDiario.es

The International Court of Justice have requested Senegal to either prosecute the dictator or extradite him to Belgium. The Extraordinary Chambers are also a unique case in which universal juridsdiction is exercised by a mixed ad hoc Tribunal.

The story of one of the victims of Habre is told in this short documentary by Isabel Coixet (a must see) that you can watch on the website of Women for AFrica Foundation.