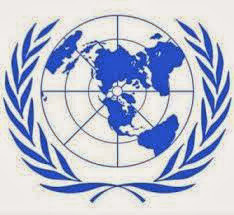 In spite of its shortfalls, it is fair to acknowledge the relevant contribution of the United Nations to international peace. I know that it might sound naif if we look at the situation in Syria. However, even if the United Nations might has proved to be unable to put an end to the Syrian conflict we should not forget that the horrible crimes committed within the framework of that war must be attributed to the Syrian government and partly to the Syrian opposition. And Russia and China should be held accountable for having preventing the United Security Council from taking action to preserve peace and international security in the Syrian scenario. I have sustained in previous posts that the veto power of the Security Council's permanent members should go hand in hand with a qualified responsibility in the maintenance of international peace and security. It seems clear that neither Russia nor China have lived up to their responsibilities. Geneva II is a new chance for Russia and for the international community to try to bring relief to the Syrian citizens.
Publicado por Alicia Cebada en 21:16