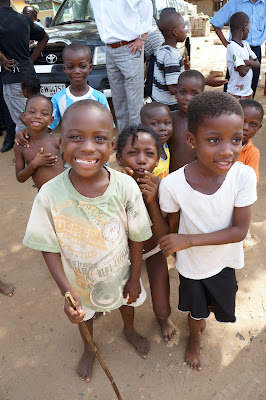 The United Nations World Happiness Report 2013 has been released. According to this report the financial crisis is one of the clearest causes of happinness decline in Europe. Spain is among the countries where well-being has dropped dramatically. High unemployment rates make Spanish people less happy. Greece, Portugal and Italy also figure among the countries whose well-being has been undermined by the financial crisis.

In this context it is important to keep in mind that even under this dramatic crisis, policies should be more aligned with what really matters to people. This is indeed one of the conclusions of the UN Report. By applying austerity policies that seem designed to demolish the European welfare State model, the European Governments are going in the opposite direction. European authorities should be aware that as underlined in the Report, a well-being approach leads to better policies.

In contrast to what is happening in Europe, sub-Saharan Africa countries are making good progress towards happiness. The strength of social movements in some African countries and their capacity to shape the political agenda have contributed to advancing well-being. The social movements and civil society are pushing governments to take people's interests and needs into account. Sub-saharan Africa's smile illustrates another conclusion of the report: happiness is not necessarily associated to material conditions. It is true that Africa is making progress. However it is equally true that African countries still lag behind in the ranking.